Today, I met with the founder of the Florida Intergenerational Orchestra in her beautiful home in Boca Raton. Lorraine Marks-Field is one of the few female orchestra conductors in the music industry. She has a unique talent for gathering people around her. She is a distinguished conductor, a performer, and a teacher in the State of Florida and New Jersey. Her orchestra is unique in design and it links several generations together.

The orchestra, comprised of about sixty people of different ages and skill sets, get together to practice several hours weekly, so they can prepare for their seasonal concerts. Ret. Navy Commander Ray Johnson, a 97 year old French Horn player and Racher Fader, a 9 year old Violin player practice together on every Thursday during their rehearsals in Boca Raton.

We are here to talk about your story… How does it all start? Please tell us how you founded the Florida Intergenerational Orchestra.

When you know about a person, then you get to know about how they came all the way in their life to this point. So here is my story… My father was a Holocaust survivor and he was born in Poland. My mother was born in Germany. They came here to the United States and met each other. If you can read between the lines, you may guess that they were strict parents and I was very shy as a child. I always felt intimidated outside my house. My father loved music but because of the Holocaust he never got a chance to study music himself so he always wanted us to play music. I played piano for many years. My father made us play our instruments on Sunday afternoons for him. My mother used to drive me to piano lessons, even to far places. When I was about 8 years old I signed up for music class at school.

When I first showed up for class, my teacher asked me where my violin was. I did not know that was the only instrument I was assigned to learn. I knew we had a violin in the house because that was what my older sister played. However, she had her music class on the same day and she went to high school. I went to my class for the second and third time without an instrument. My teacher was upset and asked me if I really wanted to learn how to play violin. I told him that I really wanted to… He told me to bring a letter from my mother as an explanation why I was going into class without the instrument. Being shy, I could not defend my reasons for showing up without an instrument and I don’t even know how I showed up several times without that instrument, I must have really wanted to learn to play violin. My mother wrote that letter and she explained that my sister is older and she needed the violin for her class. When my teacher read my mother’s letter explaining, his face softened up. His whole demeanor changed as he was reading. He understood the difficulties of my childhood, it seemed.

My teacher thought about it a minute and then he told me there are no instruments at this school, but there might be a viola at another school he could borrow. He asked me if I wanted to learn how to play viola. I told him yes because all I wanted was to play. I was so excited to get my own instrument.

I started to learn viola. I was extremely shy, but that viola made me get into a group. I was sitting with other kids and playing together with them. I was not all by myself. The school gave me a book and that was the only book I had for several years. I played from that book over and over again. Up to a certain point I did not have private lessons. When I reached junior high my teacher told me to audition for the regional orchestra. I never thought I would have made it, because I was not that good, but I made it. I sat all the way in the back but I made it.

I was really getting proficient at playing the piano but I felt bad that I was not good at playing viola. I don’t know how I got the courage but I asked other kids how they got better and they all told me to take private lessons. I talked to my mother and told her that I wanted to get better with private lessons. First my mother said no because they were already paying so much money for piano lessons. Then I bothered my dad with it and I kept asking and asking. When they finally said: “How are you going to find a teacher?” I already had one set up. Although shy, I was very resourceful in my youth. My parents were from Europe and did not blend with other parents so much, so I had to learn to be resourceful myself. I remember it like it happened today, that I had to promise my parents to practice piano first, for 45 minutes every day, then I could take viola lessons.

The teacher I found was an over 70 years old retired man who charged a very minimum fee, like maybe $4 for his lessons. He did not care about making money but he wanted to help students. With the help of this teacher, who also became a mentor to me, I even made it to All State. He later invited me to play with his string quartet.

Lorraine this story is very encouraging. Even today many young people have a hard time purchasing an instrument or paying for private lessons. Thank you so much for telling us how you started… What happens later, after school?

Eventually I got better at playing all my instruments, so I decided to study music at college and after graduation, I started to teach music at public schools. During my teaching years I realized that the students were not practicing at home, or outside of school. They were coming to the class and they were having a good time, but they were not practicing once they left school. I decided to look into my own experience and wondered what motivated me to practice after school. I realized there was one thing that really motivated me, and that was being around these older musicians in the string quartets who were mentoring me and telling how well I played. They were all retired people older in age and they inspired me so much to practice. So I thought to myself that if I get some adults to sit with my students during music time, my students would get inspired as well.

Wait a second Lorraine, this story sounds so much like your current orchestra…

This is exactly how it started. I ran an advertisement in the local newspaper and invited adults, saying I was going to give free instrument rentals and I got a grant to buy the instruments. I wanted to create an adult orchestra to mix with my student orchestra. The first rehearsal after the advertising I had 72 adults show up. People asked me “Why would an older person want to sit next to a younger one?” But I saw that it worked. And this was my vision for the orchestra that I have today both in Florida and that I created in New Jersey.

What other benefits do you think it has to get different generations together to play music?

My background is music therapy so I have two things to talk about, depending on the audience. One is, enhancing your child’s education through music and the other is healthy aging through music. This is what I talk about when I go out and give speeches. The United Nations sent me to the World’s Conference on Aging in Spain. Part of my orchestra went with me to the conference. I got to speak about healthy aging through music and my speech was translated into 23 languages. People can talk about things but I get to show my orchestra for living proof. People always look for artistic excellence in orchestras but it is not the only thing that the orchestra is about. This orchestra has excellence, but also it unites generations and helps the young and the elderly.

I see a lot of awards on the walls, can you tell me what honors you have received?

I am happy to say I received “ People Who Make a Difference in the Arts from Courier News, Woman of Distinction from Soroptimist International of Boca Raton/Deerfield, Certificate of Special Congressional Recognition from The United Nations Award Program on Aging, Woman of Achievement from Somerset County Commission on the Status of Women and the Board of Chosen Freeholders, State of New Jersey Senate and General Assembly Citation, Proclamation from Palm Beach Board of County Commissioners, Commendation from Palm Beach Board of County Commissioners, New Jersey Pride Award in the Arts, Florida Department of Elder Affairs Legacy Award, Certificate of Appreciation from American Heart Association, Semi-Finalist in the Community Orchestra Division of “The American Prize in Conducting”, and “Unsung Hero” from Sun Sentinel”.

You also work with your husband, Bob Field right?

Yes. Bob is our orchestra manager. He is also a pianist and keyboard player. He has been mastering his piano skills for over 50 years, attending Chatham Square Music School and the Mannes College of Music in Manhattan. He is a retired Public Defender and author of a screenplay, composer of two musicals and several original cds, and a musical. He has been an important part of this orchestra and he enhanced my musical career.

Where does the orchestra rehearse?

Edgewater Point Estates, 23315 Bluewater Circle, Boca Raton Florida. We rehearse every Thursday from 7 to 9:30pm. It’s an adult living community, and their residents interact with our orchestra all the time. Our rehearsals are open to the public and all are welcome to come visit us if they are interested in joining. If anybody is interested in joining they can be any level as long as they have some experience, because we create a learning environment for our new members.

How do you financially support the orchestra?

We rely on a small registration fee, donors, sponsors and special projects to fund our needs. Our latest project is the new coloring book featuring the instruments of the orchestra. We are currently looking for sponsors for this project. If anybody is interested in donating or funding they can get in touch with us or come to our next concert which is “Music for Humanity”. We will be celebrating the Human Spirit on February 26th Sunday at 3pm. All concerts are performed at Our Lady of Lourdes Church, O’Shea Hall, Boca Raton. This concert is sponsored by the MGN Family Foundation and it will be free to attend.

What comprises your orchestra as far as the music instruments go?

We have a Symphony Orchestra which consists of all of the instrumental families of the orchestra including strings, wood winds, brass and percussion sections. The Chamber Orchestra is a smaller group of about twenty five members with mostly string instruments. These members are also in the symphony orchestra but sometimes they perform separately as the chamber orchestra.

If you would like to learn more about this orchestra and their mission please visit them at:

Under the direction of 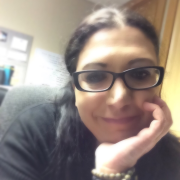 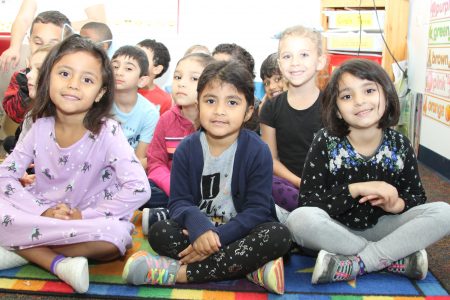 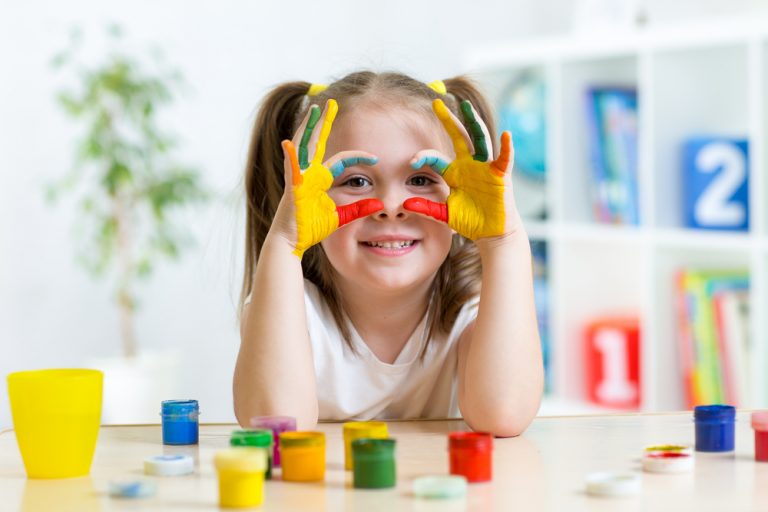 School is Out – Summer is Here! 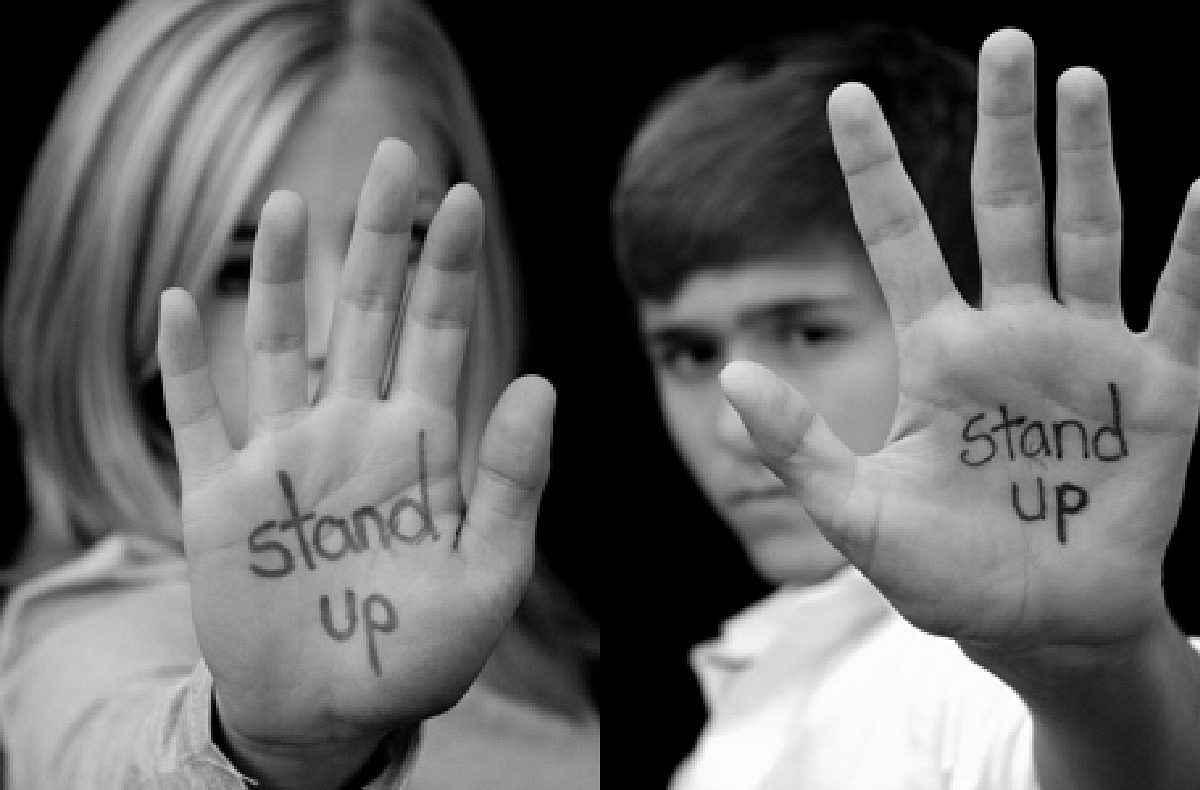 The Heart of Video Production